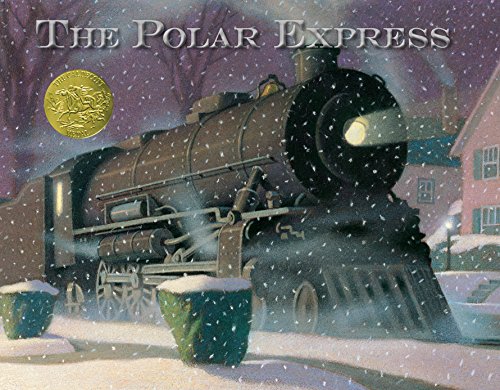 There are many holiday movies that we know were adapted from books.

How the Grinch Stole Christmas and A Christmas Carol are two classics. But there are actually a lot more books adapted from book than you think. This is a classic movie about the magic of Christmas and how believing makes it all real. It’s a classic story of a boy who loses faith in the holiday has an experience that he never forgets for the rest of his life. Many know the movie, but what they don’t know is that this story is adapted from a book by Chris Van Allsburg. This can arguably be the funniest movie of the holiday season. Unlike many movies that are about the magic of Christmas, this focuses on a much more realistic, consumer-driven holiday season. The main character is anything from perfect, and so is his family. This book was adapted from a book by Jean Shepherd that is just as funny, if not funnier, than the movie itself. This is a much older, and probably the most iconic movie on this list. Being made into more than three different movie versions, the adventure was originally a book written by by Glen MacDonough. Because of all the adaptions, the book is very different from the better-known movies, but is still definitely worth a read. This is THE movie to watch during the holidays. If you know about holiday movies, you most likely know about this one. The movie is long and so is the book, but it’s the ultimate holiday book to read this time of year. If you love classics, here is a main one.

Holiday Affair
This classic movie from 1949 was, in fact, a book originally. The story is about a young widow who is romanced by a sales clerk who she got fired during the holidays. If this sounds fun, imagine the read it would be. Originally a book titled Christmas Gift by John D. Weaver, this book is out of print. But if you can find it, congrats!

Christmas with the Kranks Now for the more modern movies, this is a modern day, hilarious classic starring many iconic actor and actresses, including Tim Allen. A hilarious movie about a couple that tries to skip Christmas one year in a VERY holiday involved town is a great movie to watch. Originally a book titled Skipping Christmas by John Grisham, it’s a fast read that is great to read this time of year where time is slim to none. YES. This was originally a book and yes it takes place during the holiday season. Most definitely the strangest book on this list, it is also one of the most unique to read this time of year. You all know the classic movie story. Try the book version. A modern memorable movie, starring Molly Ringwall and Chevy Chase, this was also originally adapted from a book. Written by Wally Lamb, this is a cozy holiday read that is enjoyable for an adult reader of any age. This is probably the most iconic modern love story for the holidays. It is literally about bookstores, and how the indie bookstore constantly fights to survive against the big guns like B&N. A very 90s feel, without the threat of Amazon, it still has a lot of relatable bookstore moments for today’s readers and writers. Are you ready for the best part? THIS WAS ORIGINALLY A BOOK. Technically, this was adapted from a 1937 Hungarian play Parfumerie by Miklós László and was adapted by E.P. Dowdall. I know you’ve now already ordered it.

These are only a handful of the many holiday-based books that were adapted to the screen. There are many more, so keep an eye out!

When and How to Build Your Author Platform

What is a Kindle Countdown Deal?