What will this mean for new regulations at the fair? 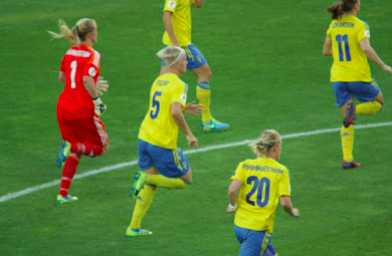 As Frankfurt plans to be in person this year, many wonder what will have changed to accommodate for new safety protocols. How will this affect professionals, publishers, and authors? And how can we all plan ahead?

It is summer break time in the Northern Hemisphere. Everyone in publishing is looking for a sign that publishing is going back to how it used to be before the pandemic. And a sign has appeared. Frankfurt Book Fair has just announced that they will be having an in-person fair this year in October. 60 exhibitors have signed up so far. Publishing Perspectives has the details.

The big question is how safe is world travel going to be in October? Digital conferences have filled a gap but I am seeing a lot of wait-and-see discussions on Twitter amongst publishing professionals. Planning something on the scale of Frankfurt Book Fair could be a big bust if the audience doesn’t show.

This week Anne R Allen has an interesting blog post on unsupportive friends and family. Yes, it is a thing. There are writers out there who can’t talk about their success or writing with their family because they just don’t understand what is involved. Anne looks at the reasons why family and friends tend to rain on your parade and how to cope with it.

Penny Sansevieri has an interesting post this week on small changes that can really make a difference to your marketing. Penny talks about using short videos and intriguing bios to add interest to your Amazon author central pages.

Every year Joanna Penn breaks down her publishing income and where she has earned it. In the last year, she has been trialing selling direct from her website. She talks about the challenges and the rewards of doing this.

Another high-profile publishing professional, Jane Friedman, has also broken down her income streams and what has worked over the covid years.

As some commentators have said, it is becoming more apparent that having a portfolio of paying jobs in publishing is the way to go.

Brandon Sanderson has a host of best-selling titles, a thriving community of fans that tipped his modest Kickstarter project into millions of dollars, and is a writing teacher who puts his university courses on YouTube for free. September Fawkes recently looked at his advice on making characters interesting to readers. Brandon has three very important scales for creating characters. A fascinating read.

The one question you must ask about scenes– Marissa Graff – Bookmark

The importance of a strong story concept– Scott Myers

How to create an easy blog calendar– Rachel Thompson

I have a bookcase filled with books that were termed pulp novels back in the 50’s and 60’s. They were called pulp because the standard of paper used to print the books was low-grade newsprint, the covers were soft and often had a graphic picture on the front usually picturing a woman in peril (while wearing impossibly tight clothes.) The strategy of pulp writers was to get straight to the action, take the reader on an entertaining ride and tell the story. They were popular with readers and many writers made a good living often with a pseudonym to separate themselves from what was considered low-brow entertainment. Dean Wesley Smith takes a look at how the pulp writers worked and what we can learn from them today.

Halloween Books That Include Amazing Recipes

How to Protect Your Privacy When Using Google Home