Publishing News Roundup Series: Spotify to be the One Stop Shop for Audiobooks

As Penguin Attempts to build its empire, so does Spotify. 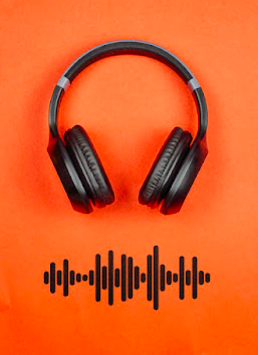 With all the buzz of PRH trying to grow larger and larger, Spotify is attempting the same in the audiobook sphere. In this case, it is important to ask the same questions and raise the same concerns. How can we protect authors and bookstores as publishing becomes smaller and smaller?

The Battle For Your Ears

This week in publishing,

The news that Spotify has bought Findaway broke like a thunderclap around the publishing world. Spotify aims to be a one stop shop for everything audio and Findaway is the biggest competitor to Audible in English language audiobooks. They are keeping the Findaway team on and will throw some serious money and muscle into the audiobook world. The reaction is mixed. Some herald it as a fantastic opportunity to go wide with Spotify bringing its subscription dominant model to audiobooks. Others note with caution the negative impact Spotify has had on musicians’ take-home pay.

Audiobook subscription is here to stay. Authors will have to decide on what company has their best interests at heart.

The Futurebook conference is about to kick off in London. This is run by The Bookseller and a quick look at the programme shows what they think will be the big moves in publishing and the book trade in the next few years.

Miral Satter has an interesting article on the importance of audio metadata. Increasingly people are asking their smart devices to find content and entertainment. Audiobooks are obviously chock full of audio metadata. You want to be found by search engines, don’t you?

Kris Rusch casts her laser eye over the proposed merger of Simon and Schuster with Penguin Random House. The DOJ has halted the sale while they wrangle about causing a monopoly Kris points out it might be too late.

The Guardian reports that UK store John Lewis who is known for their iconic Christmas Ads is being sued by a writer who thinks they have ripped off her book. It all hinges on copyright and proving who had the idea first.

Written Word Media published their survey findings on the state of Indie publishing in 2021.

Becca Puglisi has a guest post on Anne R Allen’s blog on finding conflict. You don’t have to look far just allow your characters to speak. If you peel back a few layers your characters have enough conflict to punch up your story stakes.

Recently, Sarah Penner wrote an interesting article on Writer Unboxed about the cliffhanger. Readers love to be teased she says and the art of the cliffhanger is the best way to keep them reading. So how do you write an effective cliffhanger?

How to write fight scenes– Write to Done

How to deal with writer’s block– Dave Chesson- Bookmark

Christmas decorations are everywhere. This means the agony of Christmas shopping. With the supply chain problems the earlier you nail down those presents the better. The Alliance of Independent Authors has a gift buying guide for writers.

Don’t forget to check out the Storybundle of NaNoWriMo craft and marketing books. It is available until the end of November which isn’t that far away.

The Dream Team of Angela and Becca have put together a list of Black Friday deals for writers. Check it out.

Words and Phrases to Eliminate from Your Writing